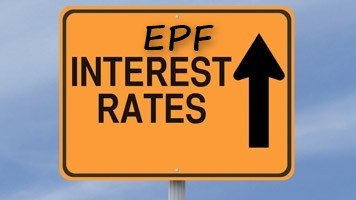 The Central Boards of Trustees (CBT) have announced that it will fix the EPF interest rate (Employee Provident Fund) at 8.65 % interest rate from the existing 8.80 % from the current fiscal year 2016-’17. The Retirement fund body (EPFO) had taken the decision with an aim to safeguard the worker’s interest rate. During a trustees meeting in Bangalore EPFO offices, the CBT had made the announcement following the new budget proposition. The earlier decision was called off following the demonetization of Rs 500 and Rs 1000 notes.

EPF (Employee provident fund) is a scheme which is applicable for the people working in government or private organization. During this scheme, about 12% is deducted from the employees’ monthly salary in the form of PF (Provident Fund) which is keeps on adding each year after year and forms a fund on which the government gives interest in the month of March/April and is utilized during retirement period. The EPF is obtained for both the employer and employee, this EPF is based on the amount of salary of the person. About 8.65% EPF interest rate can be obtained yearly over the desired PF which is being deducted each month.

This decision may affect the voluntary contribution of employees. The NDA government had retained its promise of bring acche din to the people of India but had to withdraw the decision due to the problem of demonetization which is a major problem in the country. Applying for the tax free EPF scheme is mandatory and is a personal choice to opt for it. The scheme is compulsory for the person earning about Rs 15000. This is a long term investment and can also be done through online EPF payment with the help of credit or debit card.

The scheme provides with a UAN (Universal Account Number) which enables easy transaction from one organization to another. The person earning 1.5 lakh is applicable for tax deduction under section 80C of the Income Tax Act. Hope this EPF interest rate article has helped our valuable readers about the nuisances related to EPF. To know more about Status of UAN, you can our articles and give us your queries or feedback related to the article.